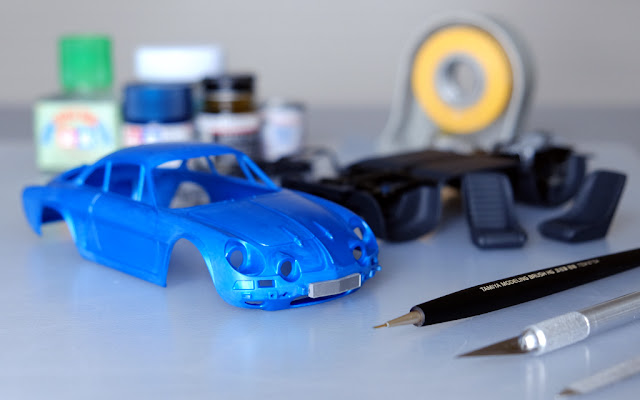 ‘My precious hobby supplies would remain in storage...’

Its been over four months since we quit our jobs, sold our furniture and whatever remained in our Toronto flat was packed up and put into storage. The first two months were spent travelling through East Asia. Upon return we landed in Montreal, our old stomping grounds, where prepped for the next leg of our journey: travelling cross country to British Columbia in convoy. I would be riding my motorbike while the missus drove the car. Waiting for us was a short-term rental flat which would serve as a temporary HQ while we found something more permanent and until then, a majority of my kits and more importantly my precious hobby supplies, would remain in storage in eastern Canada.

‘The desire to work on some plastic was insatiable...’

During this period of settling in and job hunting, I found myself with a lot of down time and the desire to work on some plastic was insatiable. Unable to hold out any longer, I’ve decided to go old school and scrounge around for some supplies and do a build best I can. I will be carrying out the build with very little in terms of tools or supplies and using McGyver tactics whenever opportunity presents itself. Never having been accused of being clever, I’ve chosen an automotive kit as my subject. Specifically Tamiya’s vintage Alpine A110 1600SC. There will be no hermetically sealed spray area (we scale hobbyist all have one, right?) just me on an outdoor deck armed with a rattle can. No CSI lab-like measuring of paint vs. thinner to feed into the airbrush as I have none. I packed the compressor into the car but my two airbrushes remain in storage on the eastern side of the continent, kind of reinforcing the not-too-clever bit I mentioned earlier. So I’ll have to rely on my hand brushing skills and the rattle cans will make additional appearances for taking care of larger surfaces.

‘Never having been accused of being clever...’

It's going to be refreshing and I have to admit I’m looking forward to it. No fuss, use what you have and get on with it.

Alright, let’s get cracking shall we! _pL
1 comments

EVEN MORE TO SEE!